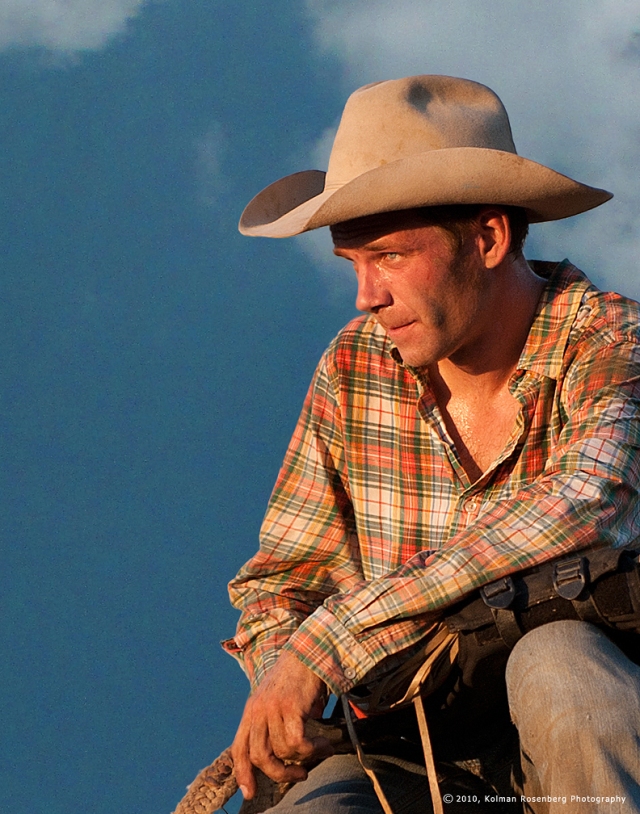 Who knew that less than an hour south of Cleveland was a full fledged rodeo?  Last summer, the Cleveland Photographic Society arranged a field trip to “Buckin Ohio” in Burbank, OH, very close to the Lodi exit of I-71.  I enjoyed it so much that I went back to another event a few weeks later!  The photo opportunities were great and along with many bull riding and barrel racing photos, I took many candid photos of the crowd as well as the cowboys and cowgirls.  The setting sun, provided the golden glow on the faces in these two candid shots while the northern sky was still deep blue in the background.  Hard to believe it’s northern Ohio and not Texas or Wyoming! 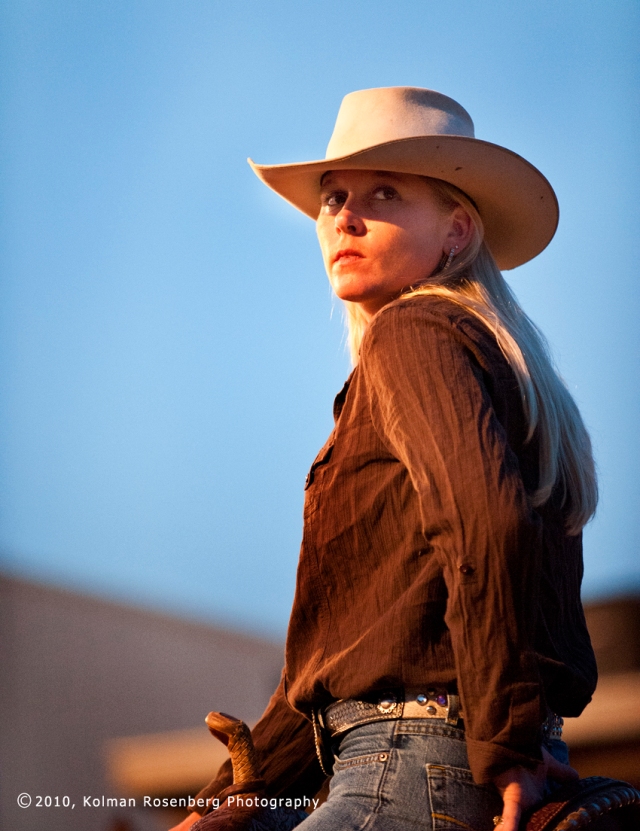 A cowgirl sits high in the saddle awaiting start of the rodeo.

I can’t wait to drive down to Burbank again this summer for some more rodeo shooting!  Four events are planned for this summer.  Details can be found at:

My interest in photography began as a college newspaper and yearbook photographer during the stormy 1960s and 1970s. I was influenced by many of the great photojournalists and documentary photographers such as W. Eugene Smith, Walker Evans, Dorothea Lange, Gordon Parks, Margaret Bourke-White and other black and white photographers of Life Magazine and the earlier Farm Security Administration. Though many of these photographers documented the horrors of war and the plight of poverty, they also showed me the dignity and adaptability of human beings in their desire to prevail.
View all posts by Kolman Rosenberg →
This entry was posted in Uncategorized and tagged barrel, bull, burbank, cleveland photographic society, cowboy, cowgirl, lodi, ohio, racing, riding, rodeo. Bookmark the permalink.

6 Responses to Cowboys and Cowgirls