Posted on September 26, 2012 by Kolman Rosenberg 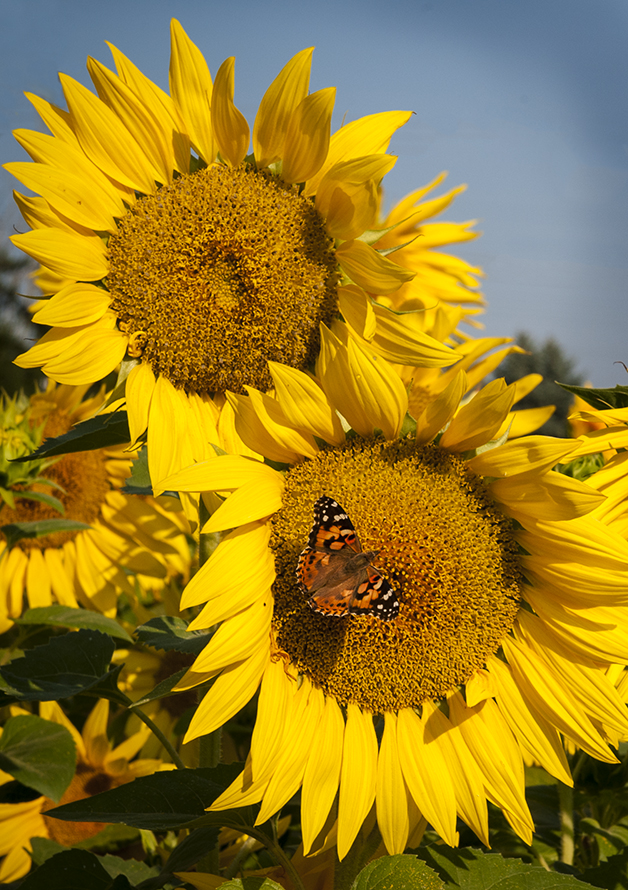 A butterfly on a sunflower.

A couple of weeks ago a good friend led me to a local field of blooming sunflowers for a photo shoot.  This seems to be to season for photographers and sunflowers as I have seen a number of similar shots by photographer friends and other bloggers.  In this first shot I was able to capture the butterfly as it quickly darted from one flower to another

The sun was still relatively low in the sky and I decided to try and get some shots of some backlit sunflowers.  This particular patch of flowers had a good bit of orange in their petals which really looked beautiful when backlit, with the light coming thru the flower’s delicate flesh. 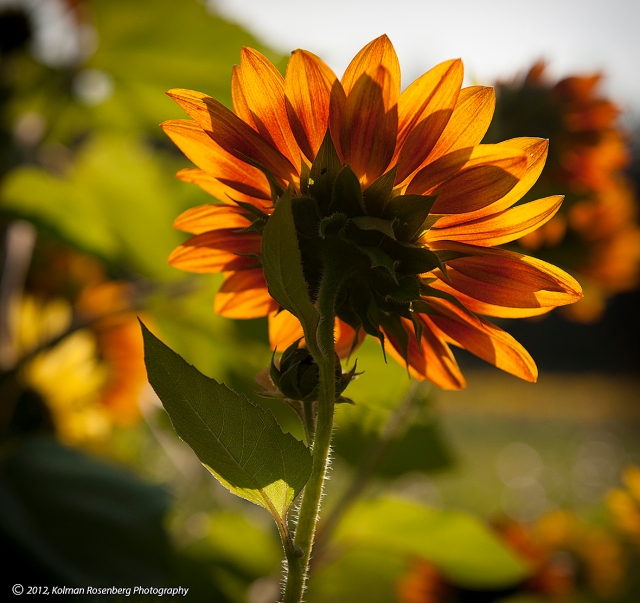 Along the edges of the field were mostly weeds and some wildflowers.  I noticed this particularly beautiful and interesting flower bud or seed pod.  I really wasn’t sure what it was, but I knew it was photo worthy! 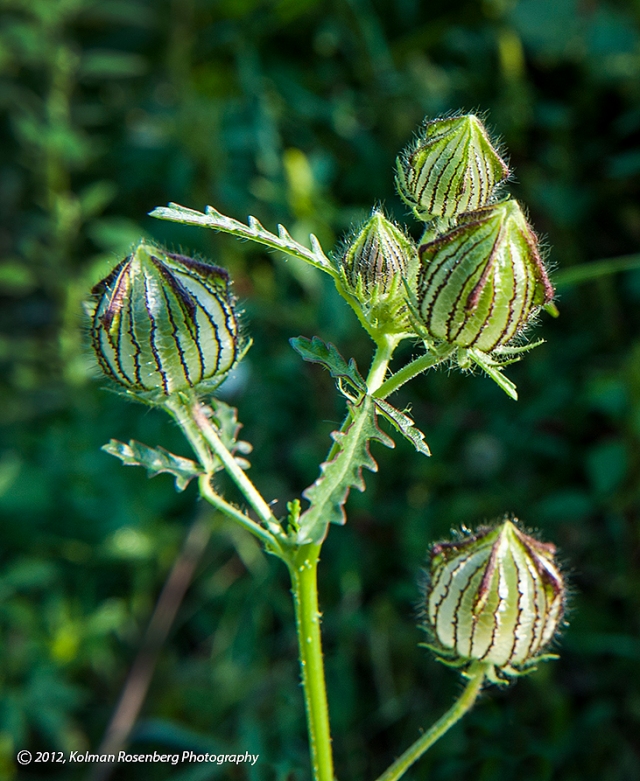 Does anybody know what that is?

Between the early morning fog photos I posted a few weeks ago and these morning flowers, maybe I’ll be more prone to get up and out earlier to photography natural subjects in the morning light.

My interest in photography began as a college newspaper and yearbook photographer during the stormy 1960s and 1970s. I was influenced by many of the great photojournalists and documentary photographers such as W. Eugene Smith, Walker Evans, Dorothea Lange, Gordon Parks, Margaret Bourke-White and other black and white photographers of Life Magazine and the earlier Farm Security Administration. Though many of these photographers documented the horrors of war and the plight of poverty, they also showed me the dignity and adaptability of human beings in their desire to prevail.
View all posts by Kolman Rosenberg →
This entry was posted in Uncategorized and tagged butterfly, Chardon, Farm, flower bud, morning, morning light, nature, OH, ohio, petals, plants, sunflower, sunrise, weed, wildflower. Bookmark the permalink.