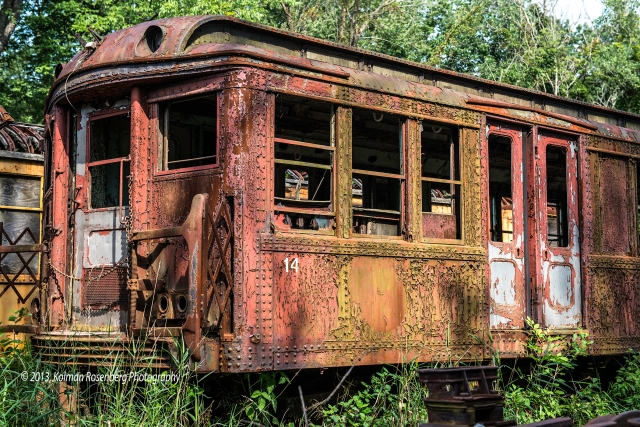 Another recent photo safari with a fellow photographer friend led us to the Northern Ohio Railway Museum in Seville, OH.  I’d seen photos taken here by other photographers and it warranted a trip to see what I could get!  The facility has a number of large railway sheds for restoration work, but outside, buried in weeds and weathered by the elements stand many old trolleys and rapid transit cars from Cleveland and elsewhere.

For many of the cars, this museum and restoration facility will truly be the last stop!  A rather large group of volunteers work to restore many of these trains and trolleys.  Seeing the state that some are in and then some of the restoration work being done in the sheds, it is absolutely amazing!  Perhaps some will see a new life on display somewhere!

Others though, seem beyond repair!  This particular car seems to have lost it’s roof some years ago and now looks more like a open air greenhouse than a vehicle which once rode the rails! 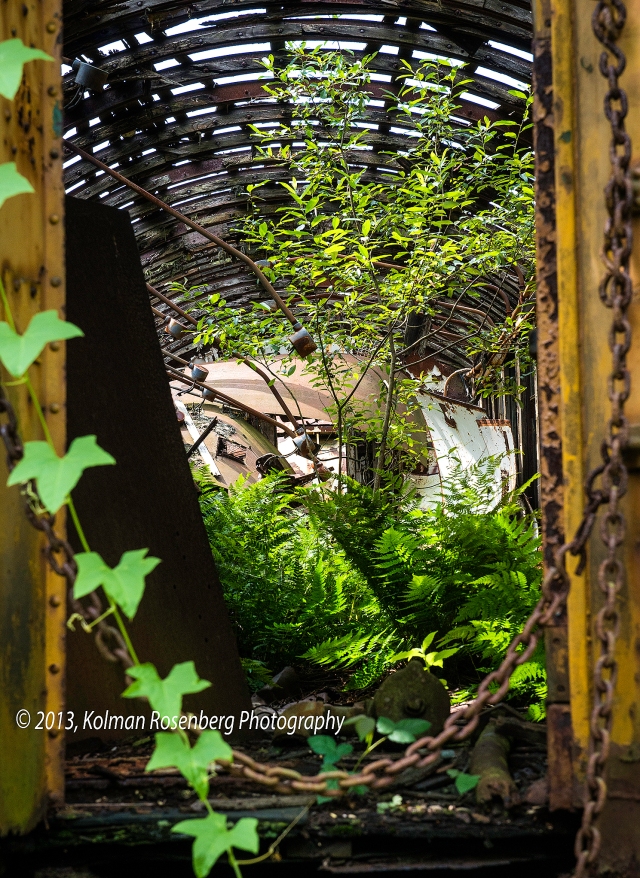 My interest in photography began as a college newspaper and yearbook photographer during the stormy 1960s and 1970s. I was influenced by many of the great photojournalists and documentary photographers such as W. Eugene Smith, Walker Evans, Dorothea Lange, Gordon Parks, Margaret Bourke-White and other black and white photographers of Life Magazine and the earlier Farm Security Administration. Though many of these photographers documented the horrors of war and the plight of poverty, they also showed me the dignity and adaptability of human beings in their desire to prevail.
View all posts by Kolman Rosenberg →
This entry was posted in Uncategorized and tagged Cleveland, history, northern ohio, Nostalgia, OH, ohio, railroad, railway, Rapid, restoration, restore, rust, track, Transit, Transportation, trolley. Bookmark the permalink.

2 Responses to The Last Stop