Posted on October 1, 2013 by Kolman Rosenberg 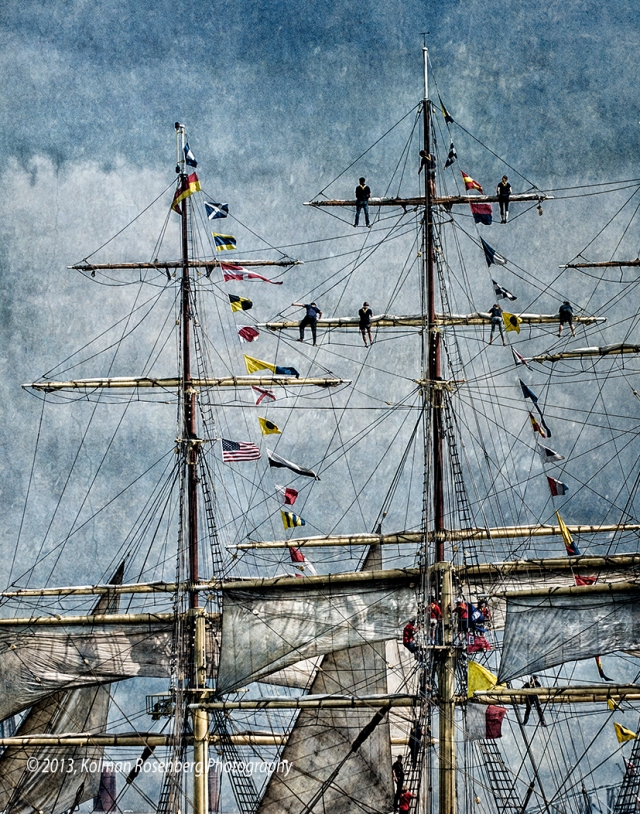 Revisiting my blog post of July 7th, “A Look Behind the Scenes…”, I decided to go back to the tall ship photos of Cleveland’s Parade of Sail and work on some detail shots.  With a little Photoshop creative work I was able to bring out the clouds on this predominantly gray overcast day and also add some texture to produce a stormy look of the crew of the Sørlandet working in the rigging as the ship entered Cleveland Harbor. 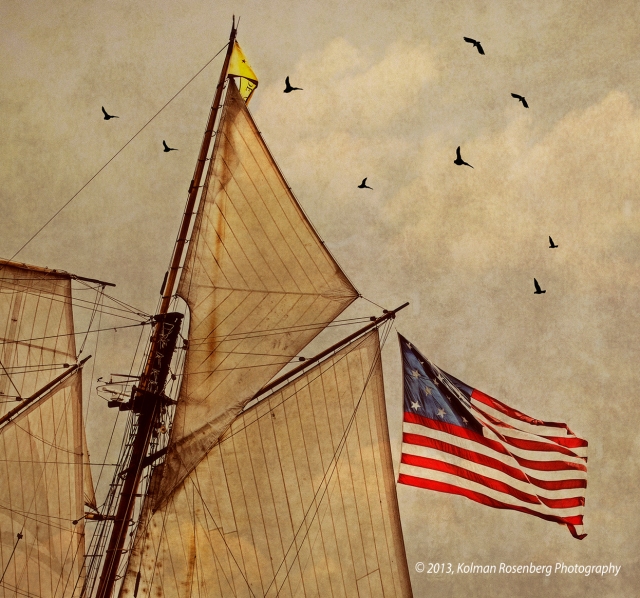 This second photo, also enhanced to add interest to an otherwise bald sky, shows the pride in America exhibited by the Pride of Baltimore. 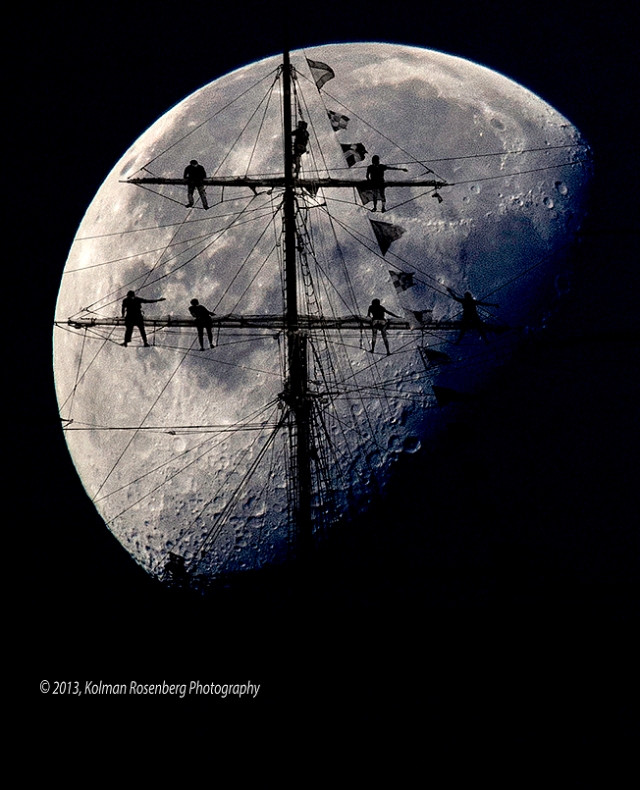 Lastly, a real creation!  A composite photo of the Sørlandet crew, working in the rigging, superimposed over a shot of the moon that I featured in another post, “Sleepless in Cleveland”.

Friends have inspired me to become much more creative in my photography lately and I have to admit it’s starting to stick!  It’s time consuming but fun and my core photojournalistic style now often looks dull to me.  I’m sure I’ll go back to it often, but I’m enjoying this new way of “sideways thinking” as one of my creative role models calls it!

My interest in photography began as a college newspaper and yearbook photographer during the stormy 1960s and 1970s. I was influenced by many of the great photojournalists and documentary photographers such as W. Eugene Smith, Walker Evans, Dorothea Lange, Gordon Parks, Margaret Bourke-White and other black and white photographers of Life Magazine and the earlier Farm Security Administration. Though many of these photographers documented the horrors of war and the plight of poverty, they also showed me the dignity and adaptability of human beings in their desire to prevail.
View all posts by Kolman Rosenberg →
This entry was posted in Uncategorized and tagged aloft, Cleveland, composite, compositing, creativity, Lake Erie, parade of sail, photoshop, pride of baltimore, rigging, sørlandet, tall ships, Texture. Bookmark the permalink.

8 Responses to Aloft on Lake Erie