Posted on December 8, 2013 by Kolman Rosenberg

When we think of weeds, we think ugly!  Well, they’re not all ugly!  They’ve been prominent in some of my images recently and today I decided to feature a few photos where weeds play a major role.  The first one is entirely weeds and I’ve done some extensive editing to change the color and add some texture. 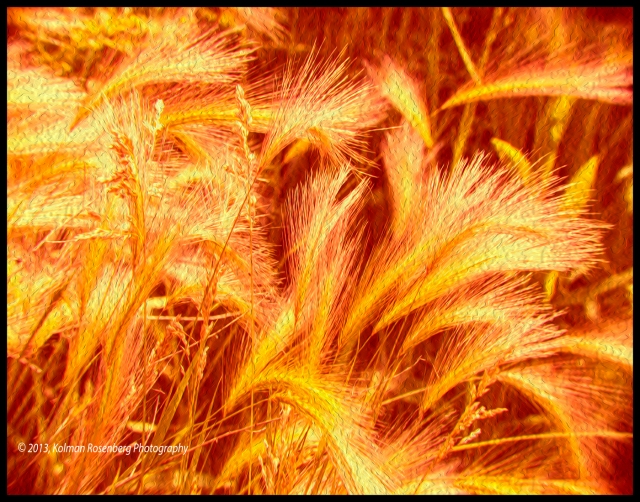 The second photo was shot with a Lensbaby, an optic which blurs much of the photo leaving a sweet spot in focus.  This broken fence is surrounded with weeds and again extensive editing turned green foliage brown and a filter was added to produce the oil painting textured look. 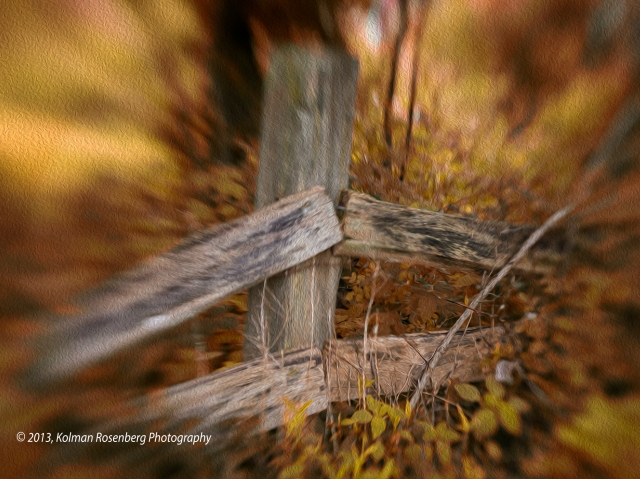 Who said weeds have to be ugly?

My interest in photography began as a college newspaper and yearbook photographer during the stormy 1960s and 1970s. I was influenced by many of the great photojournalists and documentary photographers such as W. Eugene Smith, Walker Evans, Dorothea Lange, Gordon Parks, Margaret Bourke-White and other black and white photographers of Life Magazine and the earlier Farm Security Administration. Though many of these photographers documented the horrors of war and the plight of poverty, they also showed me the dignity and adaptability of human beings in their desire to prevail.
View all posts by Kolman Rosenberg →
This entry was posted in Uncategorized and tagged editing, oil painting filter, photoshop, Texture, weeds. Bookmark the permalink.