Posted on December 5, 2014 by Kolman Rosenberg

It’s been a busy year of ups and downs and I apologize to my subscribers for my long lapse in posting!  I’ve done plenty of shooting since my last post but have not had much time for writing and posting.  My ongoing transformation to more of a fine art focus has continued this year and along with several great friends, who I might introduce on this blog in the near future, I’ve been shooting many rural barns and and many rusty cars!  As I hope you will agree, there’s much beauty in these otherwise common and maybe ugly sounding subjects.

I’ve taken many rides with my friends out into Ashtabula, Lake, Medina, Wayne, Geauga and Holmes counties looking for interesting looking barns.  We even took an extended  trip to Northwest Georgia!  Today, I’ll post a few of my favorite photos from those trips. 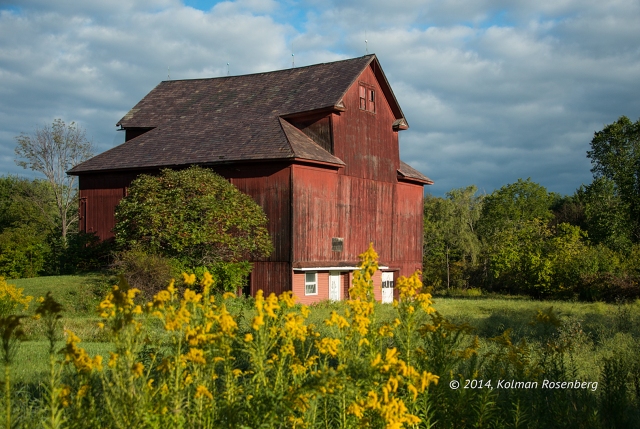 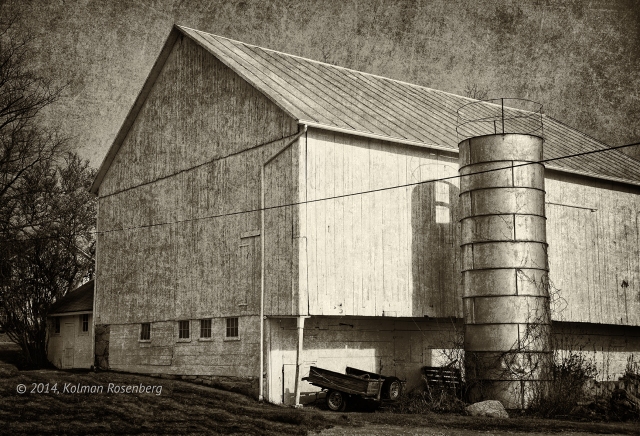 My interest in photography began as a college newspaper and yearbook photographer during the stormy 1960s and 1970s. I was influenced by many of the great photojournalists and documentary photographers such as W. Eugene Smith, Walker Evans, Dorothea Lange, Gordon Parks, Margaret Bourke-White and other black and white photographers of Life Magazine and the earlier Farm Security Administration. Though many of these photographers documented the horrors of war and the plight of poverty, they also showed me the dignity and adaptability of human beings in their desire to prevail.
View all posts by Kolman Rosenberg →
This entry was posted in Uncategorized and tagged Ashtabula County, barns, Geauga County, holmes county, lake county, monochrome, ohio, rural georgia, Texture, wayne county. Bookmark the permalink.

7 Responses to A Busy Year