A Phoenix Has Risen

Posted on February 27, 2015 by Kolman Rosenberg

Back in early 2013 I published 2 blog postings about the old abandoned Cleveland Trust Company.  It was a incredibly beautiful bank building which had become deserted for newer more modern facilities under newer and more modern names.  It’s future was uncertain at that time but this week it reopened as a new downtown Cleveland Heinen’s supermarket.  The first major supermarket in downtown Cleveland in many years and much needed by the masses of new urban residents who have made Cleveland an exciting and vibrant city once again.  As far as I can tell from photos and TV reports most of the original flavor (excuse the pun) has been preserved so I thought I would re-post those original photos that I shot in 2012.

It’s nice to see something old made new again!

Inside of a vault door. They don’t make them like this anymore. 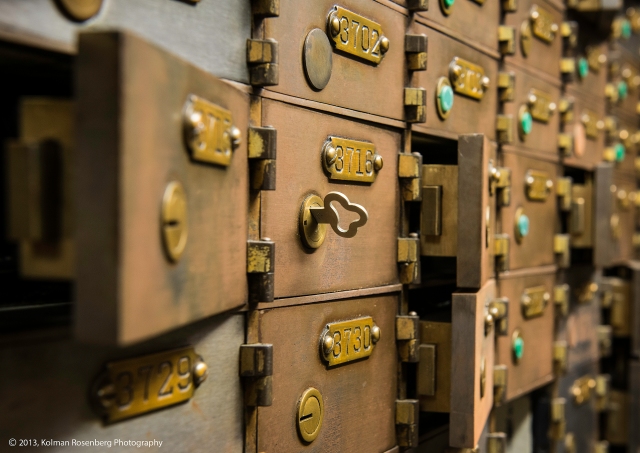 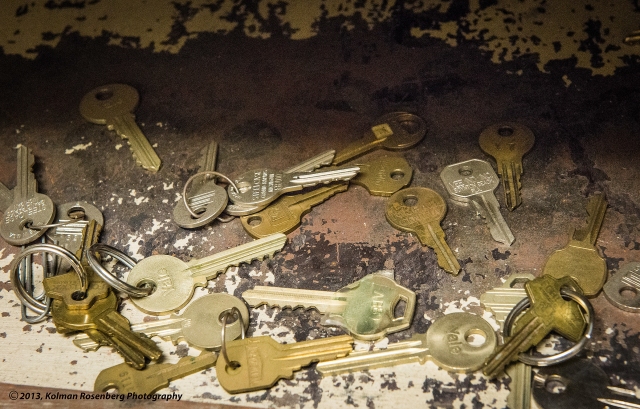 Evidence of the past.

I can’t wait to make a trip downtown to see this new supermarket!

My interest in photography began as a college newspaper and yearbook photographer during the stormy 1960s and 1970s. I was influenced by many of the great photojournalists and documentary photographers such as W. Eugene Smith, Walker Evans, Dorothea Lange, Gordon Parks, Margaret Bourke-White and other black and white photographers of Life Magazine and the earlier Farm Security Administration. Though many of these photographers documented the horrors of war and the plight of poverty, they also showed me the dignity and adaptability of human beings in their desire to prevail.
View all posts by Kolman Rosenberg →
This entry was posted in Uncategorized and tagged bank, brass, Cleveland, comination, door, Heinen's, lock, phoenix, safe, steel, supermarket, trust, urban, vault. Bookmark the permalink.

6 Responses to A Phoenix Has Risen