Posted on December 4, 2015 by Kolman Rosenberg 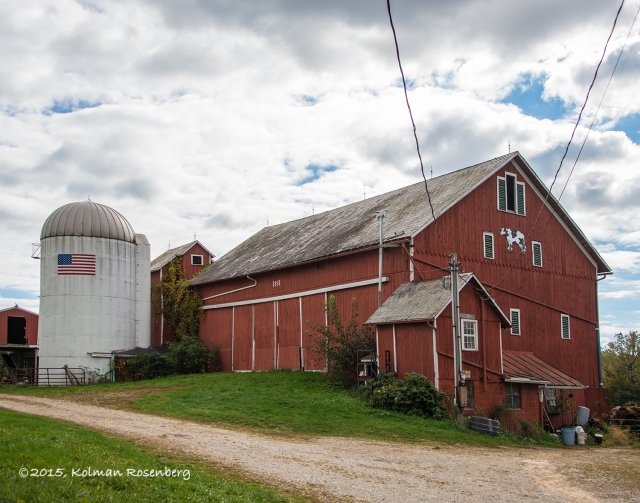 A few months ago, while “barnstorming” with photo friend Debra Rozin, we came upon this farm in Medina County.  Attracted by the beautiful old red barn and the American Flag on the silo, we approached to get some nice shooting angles on the barn. 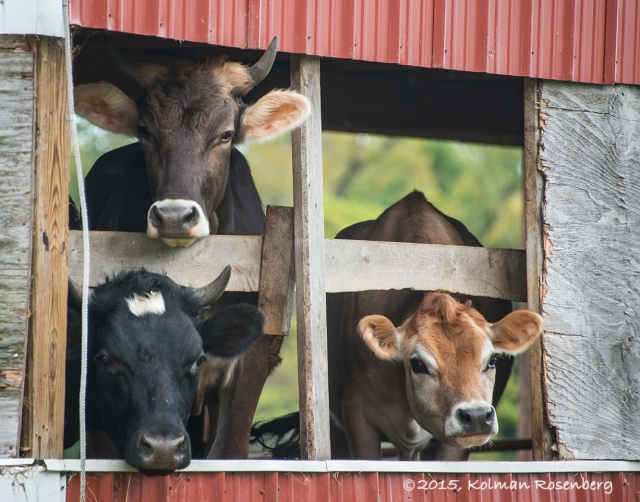 As we approached a group of cow’s came to on opening in a building in front of the barn to investigate the 2 photographers coming up the hill.

While photographing these cows a minivan pulled up and a lady by the name of Patty got out.  We learned that she was the owner, with her husband, of the barn and farm surrounding it on both sides of the road.  Patty was very friendly and offered to take these two city folk for a little tour of the farm and introduce us to some of her animals, mostly dairy cows. 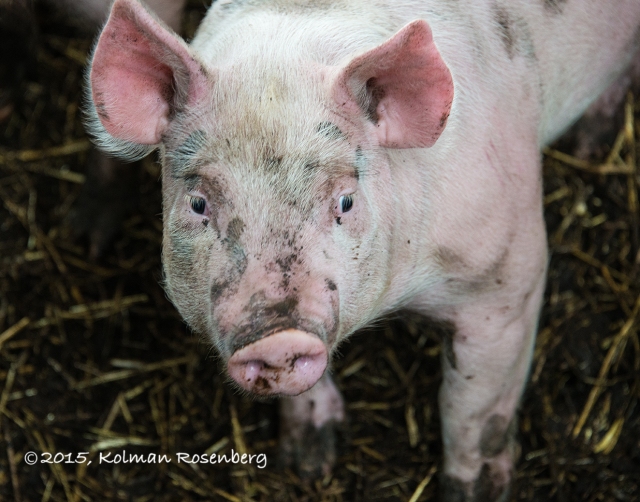 On the way back to the pasture we passed a small pig pen and interrupted their rooting in the mud. 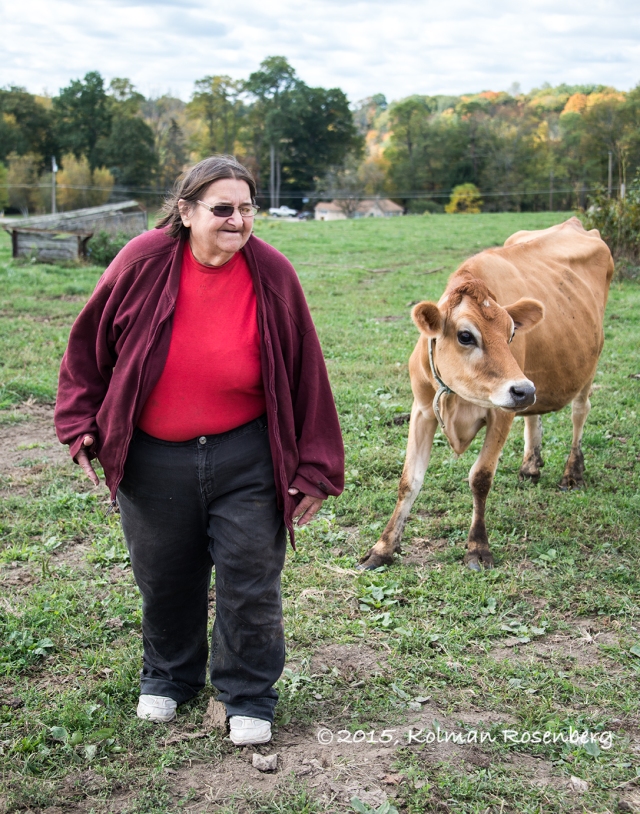 Patty leading us to meet her herd

As Patty led us back to the grazing cattle a number of curious cows came up and wanted to meet us on a personal level.  They were very friendly and one began to push me from behind with a nose in the middle of my back.  They are beautiful animals and well cared for. 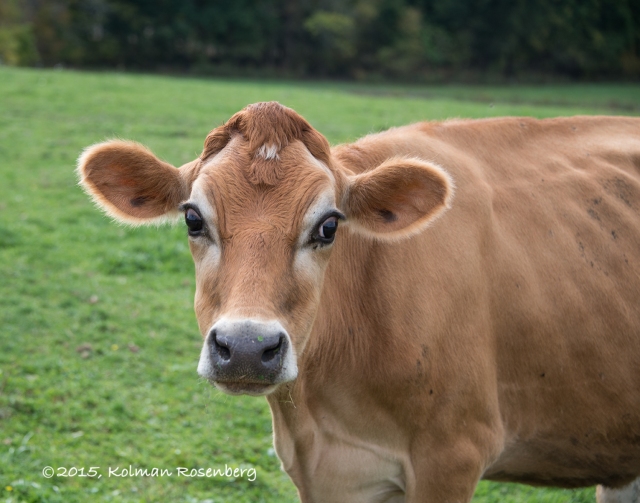 Patty regretfully told us that she and her husband are the last in their family to want to run the farm. Once they decide to retire the farm will most likely be sold to developers and homes will be built on the land. The small family farm is quickly becoming a thing of the past.

My interest in photography began as a college newspaper and yearbook photographer during the stormy 1960s and 1970s. I was influenced by many of the great photojournalists and documentary photographers such as W. Eugene Smith, Walker Evans, Dorothea Lange, Gordon Parks, Margaret Bourke-White and other black and white photographers of Life Magazine and the earlier Farm Security Administration. Though many of these photographers documented the horrors of war and the plight of poverty, they also showed me the dignity and adaptability of human beings in their desire to prevail.
View all posts by Kolman Rosenberg →
This entry was posted in Uncategorized and tagged agriculture, barn, cattle, county, cows, dairy, Farm, medina, OH, ohio, photography, red, rural. Bookmark the permalink.