Evidence of an Existence — Time Ran Out

Posted on January 7, 2016 by Kolman Rosenberg 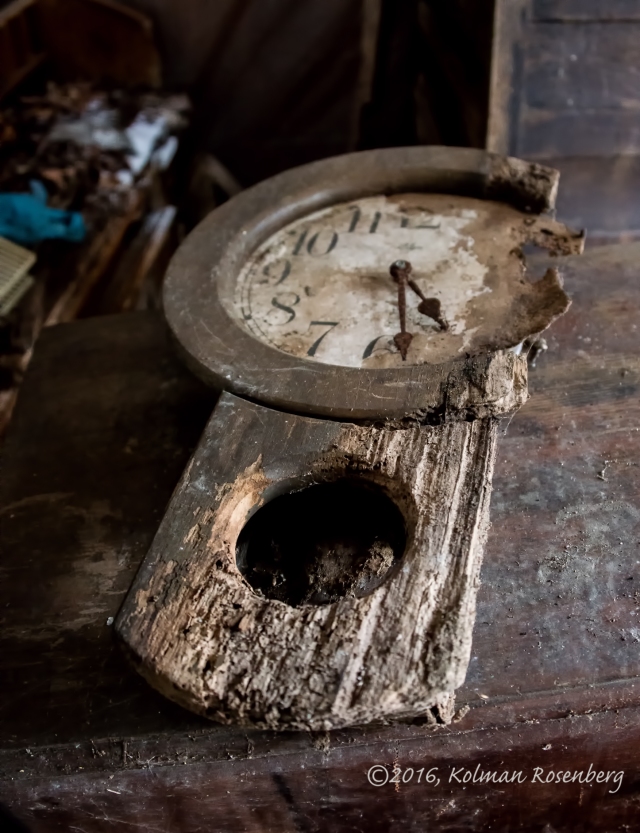 On a cold Sunday afternoon last weekend, a friend and I went out looking for something to photograph.  As I’ve done many times during the past few years, I guided my car out into rural Geauga and Ashtabula Counties in Ohio.  The recession of a few years ago had a severe impact on parts of these counties.  We came upon a deserted home and barn and stopped to take a look.  As we approached the house, we found that the front door was gone and the house was wide open all around.  Looking inside, the floors appeared to be intact and secure so we ventured inside.  The deteriorating clock was lying on a piece of furniture just inside the door and seemed symbolic to me, time had run out on this residence. 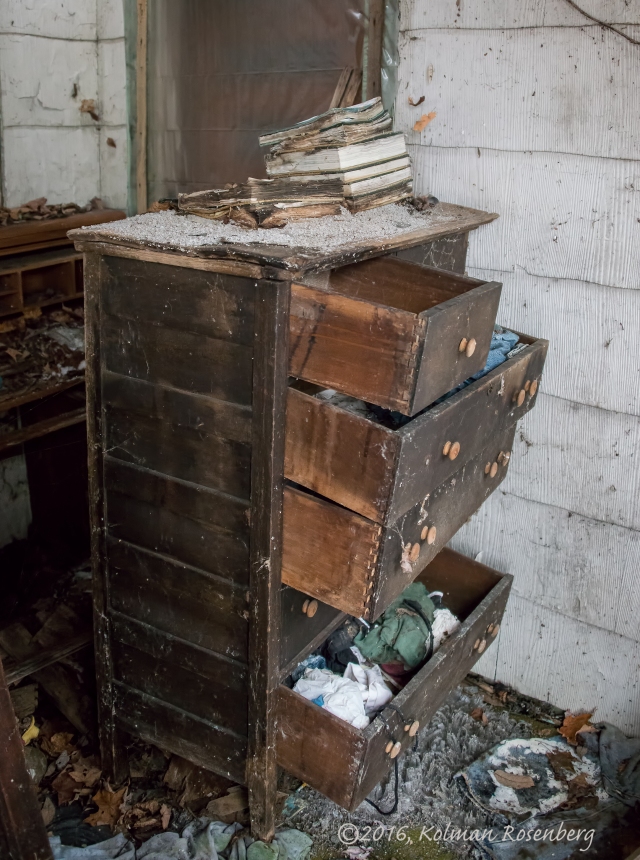 Where did they go?

As we investigated further we found a home that seemed to have been abandoned but not emptied.  The open dresser was still full of clothes. 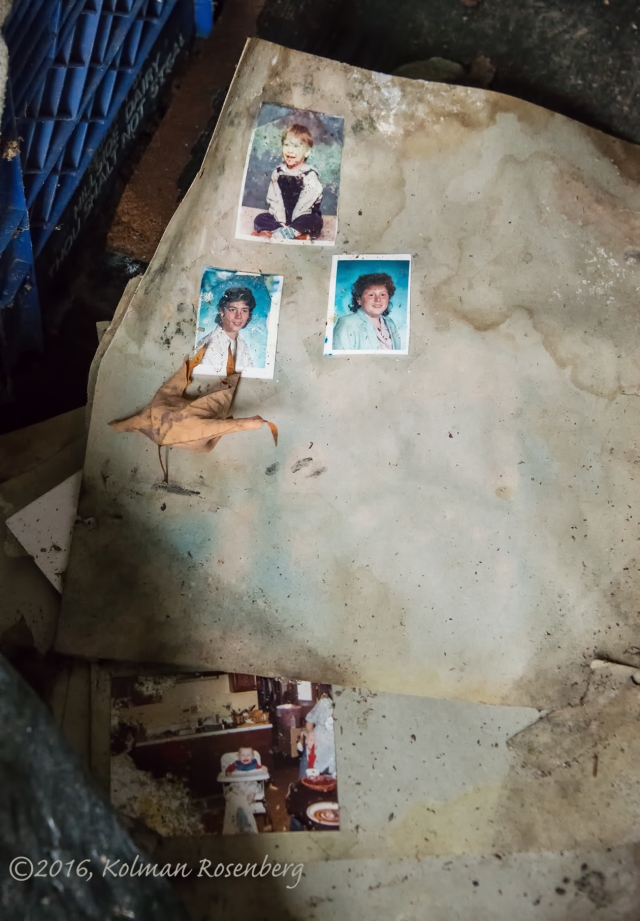 A sad reminder of past residents.

A photo album was left to deteriorate on the floor, showing children or grandchildren who perhaps occupied this farm house. 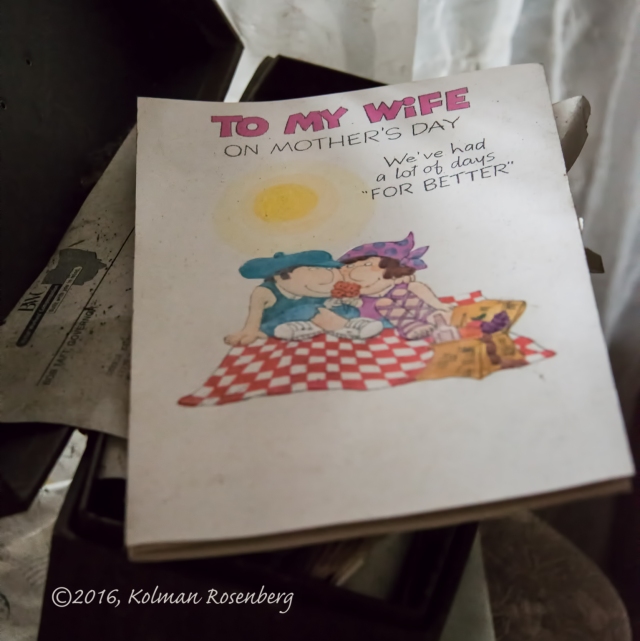 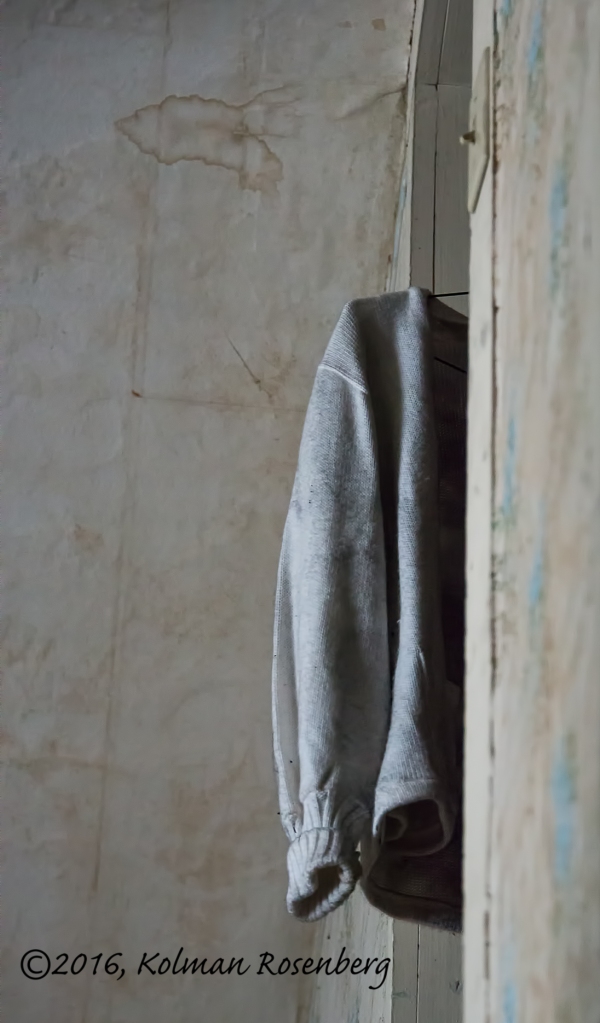 Evidence of a human existence.

Did the house go into foreclosure?  Did the family just up and leave?  Did they pass away and other family, if there were any, just abandon the property?  So many questions came to mind as we explored further. 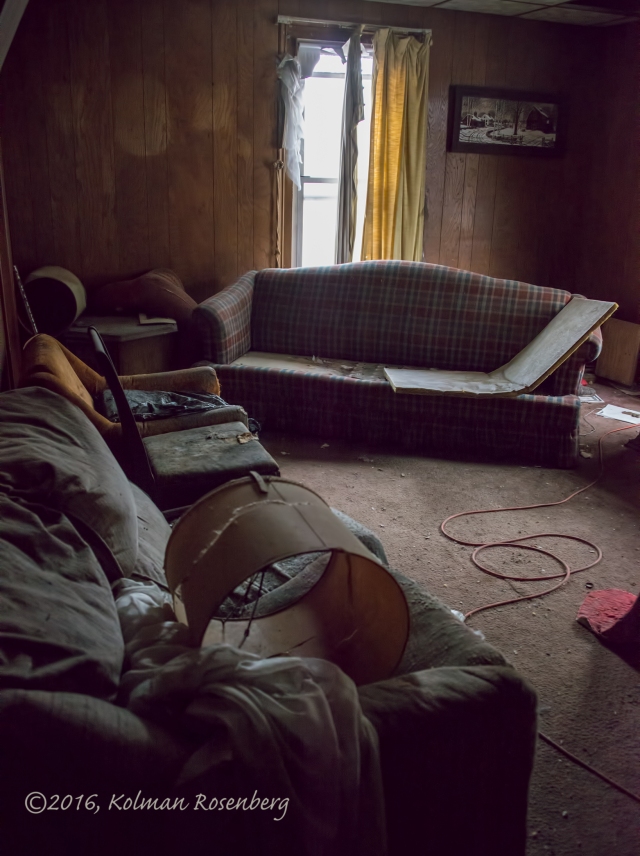 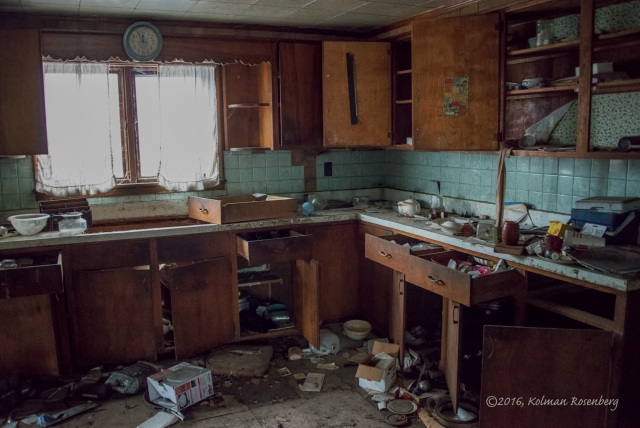 The living room and kitchen, still full of furniture, cookware, dishes and another clock suggesting that at 11:55 something ended. 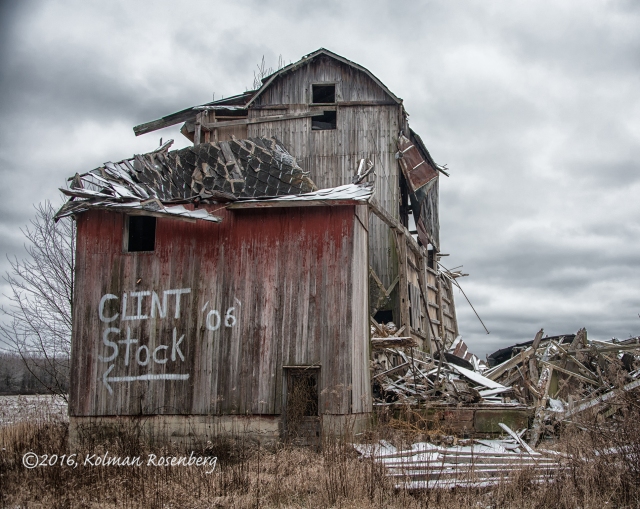 What once appeared to be a very large barn, partially collapsed, now served as a canvas for graffiti.

The entire period of time exploring this property become increasingly mysterious and sad, wondering what happened to the occupants of this home and farm.  The possibilities are many and the days since shooting it have been full of wondering, imagining and writing stories in my head.  All sad however.

My interest in photography began as a college newspaper and yearbook photographer during the stormy 1960s and 1970s. I was influenced by many of the great photojournalists and documentary photographers such as W. Eugene Smith, Walker Evans, Dorothea Lange, Gordon Parks, Margaret Bourke-White and other black and white photographers of Life Magazine and the earlier Farm Security Administration. Though many of these photographers documented the horrors of war and the plight of poverty, they also showed me the dignity and adaptability of human beings in their desire to prevail.
View all posts by Kolman Rosenberg →
This entry was posted in Uncategorized and tagged abandoned, ashtabula, barn, collapsed, county, Farm, gauge, ohio, recession, rural. Bookmark the permalink.

16 Responses to Evidence of an Existence — Time Ran Out