Shutdown in the Suburbs 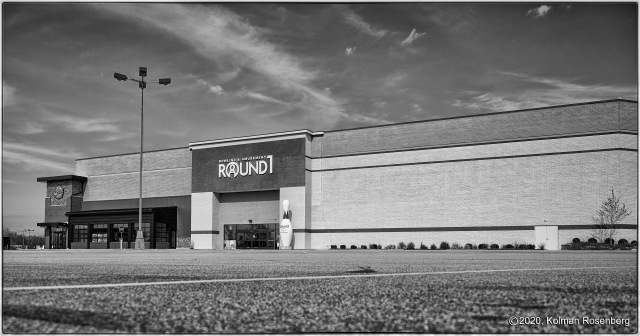 A month ago, on April 13, 2020, I posted on the pandemic shutdown and how it looked on the abandoned streets of Cleveland, OH.  I live in a suburb of Cleveland, Mentor, OH, and we have a large mall. I drove over to the mall a few days after my trips to Cleveland and it was equally abandoned. In fact it was almost completely abandoned with only a few cars in the acres of parking. 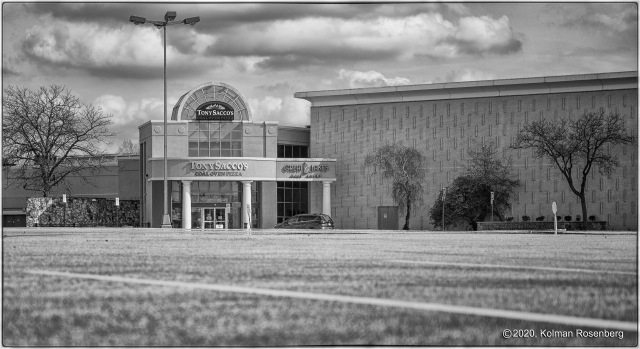 The day was a mixture of blue skies and stormy looking clouds. I chose to document what I saw in black and white which is a traditional means of presenting documentary photography. Black and white forces to viewer to see the image for what it says rather than for its color.

Following are a number of additional images of the Great Lakes Mall from different perspectives and directions. 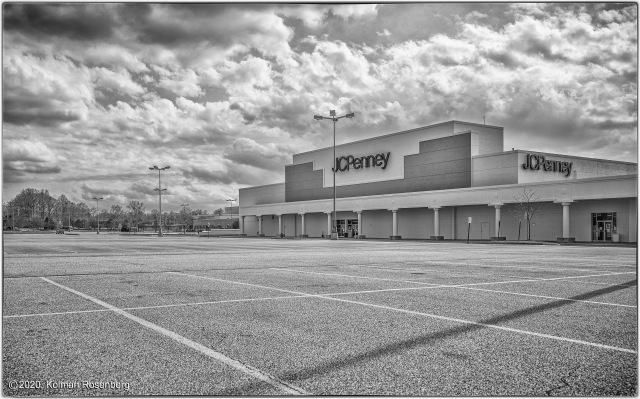 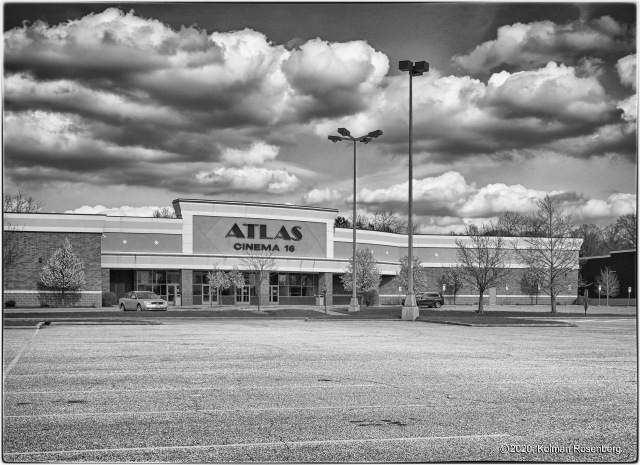 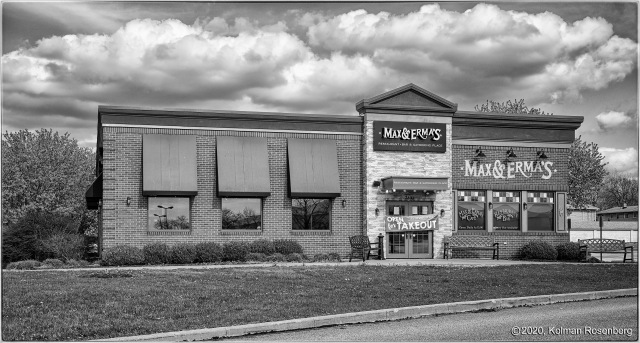 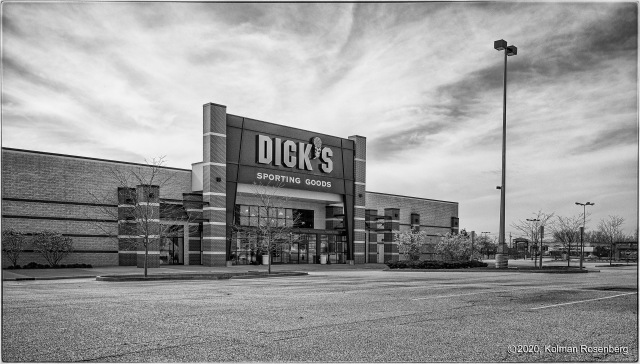 As we in Ohio, carefully and thoughtfully move out of the shutdown, business is starting to reopen. The parking lots and city streets are beginning to be occupied by vehicles again. There is still a ways to go as people decide and make their own personal decisions as to how much exposure to others they are willing to take but for now things are starting to return to what will now be a new normal.

My interest in photography began as a college newspaper and yearbook photographer during the stormy 1960s and 1970s. I was influenced by many of the great photojournalists and documentary photographers such as W. Eugene Smith, Walker Evans, Dorothea Lange, Gordon Parks, Margaret Bourke-White and other black and white photographers of Life Magazine and the earlier Farm Security Administration. Though many of these photographers documented the horrors of war and the plight of poverty, they also showed me the dignity and adaptability of human beings in their desire to prevail.
View all posts by Kolman Rosenberg →
This entry was posted in Uncategorized and tagged Black and White, black and white photography, Cleveland, documentary, documentary photography, Great Lakes Mall, Lake County OH, mall, mentor ohio, ohio, pandemic, shutdown, stay at home, suburbs. Bookmark the permalink.

7 Responses to Shutdown in the Suburbs